Here is an easiest and simplest way of making “NIHARI” for beginners who don’t like to see bones on their plates 😉 This is perfectly balanced spices where you control the spices and the spices don’t control the food.

Ing:
3 lbs meat I used ribeye steak
1 lager onion diced fine
3 tbsp olive oil
1 tbsp ginger fresh
1 tbsp garlic fresh
3 tbsp thick yogurt roasting masalas:
1 tbsp fennel
1 tbsp cumin
7 to 8 peppercorns
2 cinnamon sticks
2 red dried chilli peppers Other masalas that will go in:
3 tbsp paprika
1 tbsp Kashmiri red chili pepper
1 tbsp cayenne (optional)
1 tbsp garam masala
1 tsp turmeric
1 tsp coriander powder salt to taste fresh coriander chopped for garnish fresh ginger sliced thinly and slivered for garnish
2 tbsp chickpea flour
3 cups water total (2.5 cups for the gravy and 1/2 cup to mix in the chickpea flour)
Method: Set the instant pot on sauté mode and add the olive oil and the onions as well as the cinnamon stick and sate it until the onions get really nice and golden brown. In a separate pan add all the garam masala mixture mentioned above in the recipe and roast it, once it is roasted let cool then grind the mixture to a nice powder and keep it aside. Once the onions are golden brown add the ginger and garlic and let that fry up in the olive oil for a couple seconds then add the garam masala mixture, paprika, kashmiri red chili pepper, garam masala, turmeric and the coriander powder and cook this mixture up for another couple seconds then add the yogurt and mix really well at this time you can also sprinkle a bit of salt and add all the meat in the pot making sure to mix everything really well. Add the water and do a taste test and adjust the seasonings and the heat to your pallet. Cover and seal the instant pot by putting it on sealing mode and set it on either manual or beef or 30 min with a natural release of 10 min. While that is going prepare the chickpea flour and water mixture and keep it on the side to be used later to thicken up the gravy. Once the natural release is done open the pot and put iron sauté mode and add the chickpea flour mixture and mix it really well making sure you avoid any lumps that might form. Once the gravy is thick go and add the fresh cilantro and ginger on top and serve it with my mom’s no fail tandoori roti or naan.
Enjoy! 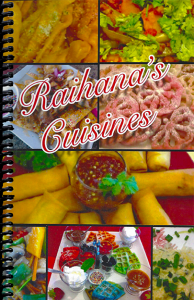